For many years, locksmith professionals have used several methods to bypass pin and tumbler locks for legal purposes. One such technique is called “lock bumping,” also referred to as “key bumping” or “bump keying”. This technique, once considered a trade secret, uses specially cut keys that can defeat conventional pin and tumbler locks. It’s hard to believe, but almost every door to every home in America can be unlocked or opened in a matter of seconds with virtually no noise using the lock bumping method. Prior to 2005, most households had never heard the term “lock bumping” or even knew that it existed. Locksmiths have been legitimately using this technique since the early 1900’s.

The term “bumping” comes from the fact that a specially cut key is inserted into a keyhole and then tapped or “bumped” by a light weight mallet or other object. This bumping forces the pins in the lock to jump to their shear line, and with a little torque applied to the key, the lock will open. It is a very common technique used to open pin tumbler style locks that are installed in over 90% of homes and businesses worldwide. And a bump key is all it takes to open virtually any lock of it’s type.

The lock bump key (also referred to as a ‘999’ key because all the notches are cut to the maximum depth of 9) is easily made by simply filing down the points on a blank key or any other key designed to fit in the key hole of a particular style of lock. The points are filed to the lowest depth in each groove and very small ridges or elevations are left between the grooves, if the points remain too steep, the key will not enter or exit the locks key hole. The tip of the key as well as the shoulder of the key must also be filed down by about one millimeter.

Is Lock Bumping a Problem?

Lock bumping was unknown to the general public and considered a ‘trade secret’ until about 2005, when information about it began circulating on the Internet. Since that time, how-to articles, videos, and even do-it-yourself bump key kits have appeared online. The problem here is that once information becomes viral on the internet, it is virtually impossible to stop it. This means that criminals and unscrupulous locksmiths can easily access your home by simple means of a bump key.

Today, it is still relatively unknown how big the problem of lock bumping is. Police say they don’t have statistics on this type of forced entry because it’s virtually impossible to tell the difference between a lock that has been bumped and one that was never locked in the first place. However, according to statistics provided by the National Crime Prevention Council (NCPC) and the Department of Justice, nearly 2/3 of all break-ins occur with no sign of forced entry. This suggests that a good percentage of this statistic may involve lock bumping. The bigger problem to consider is that now that this information has become so readily available, use of the technique by criminals is bound to increase.

How Can I Prevent My Locks From Being Bumped?

The best way to prevent lock bumping is to gain the advice from a professional. ABC Lock & Key of El Paso has the knowledge and expertise to prevent your home and business locks from being bumped. We’ll give you the best advice to prevent yourself from this growing problem in El Paso. Call us for a Free Home Security Review!

Lock Bumping » Business Security » Why Should I Own a Safe? » Lock Replacement » Door Locks » Residential Re-keying » 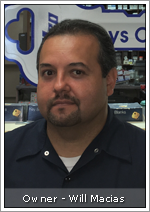